Rarely does business growth happen by accident. While it may happen organically — like winning new customers by word-of-mouth — it’s the decisions we make as workshop owners, as business leaders, that allow growth to happen. Usually, when our businesses grow, it’s because we’ve made a plan, worked towards it and successfully delivered on it.

This year, 73% of Members told our State of the Nation report survey that they had a plan in place for growing their business — up four percentage points on 2021. Almost two-thirds planned to improve business efficiency, 45% had plans to improve profit margins, 42% planned to employ more staff, two in five planned to increase the capacity of their workshop and 38% planned to win more customers. It was great to see.

Worryingly, retirement and succession planning among Members — which we saw grow during the pandemic — now appears to have stalled, with 45% of Members aged over 55 having either no plan or saying it’s too early to plan. Yet we know having a retirement and succession plan in place leads to growth, as it gives business owners, and their heirs, long-term goals for their enterprises.

Capricorn Member Steve Turpin is a fantastic example of the kind of growth that can be achieved. Steve is the Director of Diesels Mobile Mechanics in Maddington in Perth, Western Australia. When he started his business a decade ago, he was just a bloke with a HiLux ute. Initially, he worked in labour hire for CJD and in the mining industry. After a couple of years, he was so busy he had employed a mechanic and started doing jobs out of his shed at home in Forrestfield. Over the next six years, the business steadily grew.

“We just slowly took on bigger customers and bigger jobs, and then I got to the point where we couldn’t keep up with the work with the size shed that we had, the supplies we had,” he said.

In June last year, Steve bit the bullet and bought a 1400 square metre workshop, with 400 square metres of office space above it. He’s now busy enough to keep two five-tonne overhead cranes, a set of truck hoists, four full-time mechanics, a supervisor and an administration officer fully occupied. None of this growth happened by chance. But it did happen organically. “When I decided to find a workshop, everything I was looking at I could see us outgrowing in six to 12 months, so I made the big step and went for triple the size I thought I would need,” Steve said. “There was no middle step. But, at the same time, doing that has just generated so much more work for us.”

Steve has the space to grow — and he knows exactly what he’s going to do with it.

“I’d like to do a lot more of the technical side, the engine building and the engine diagnostics, as opposed to basic repairs,” he said. He’s also looking to invest in new equipment to provide specialist engine building services to the mining industry. Steve has achieved all of this while prioritising a work-life balance. For him, there’s nothing more important than spending time with his kids. It’s a relatable dream, but 42% of Members told State of the Nation that a worklife balance is something they really struggle to get right. Although he’s busier now that he has a large workshop, Steve said a work-life balance is achievable if you have good staff. But finding good staff is something two in five Members are also struggling with. So, what’s the secret? 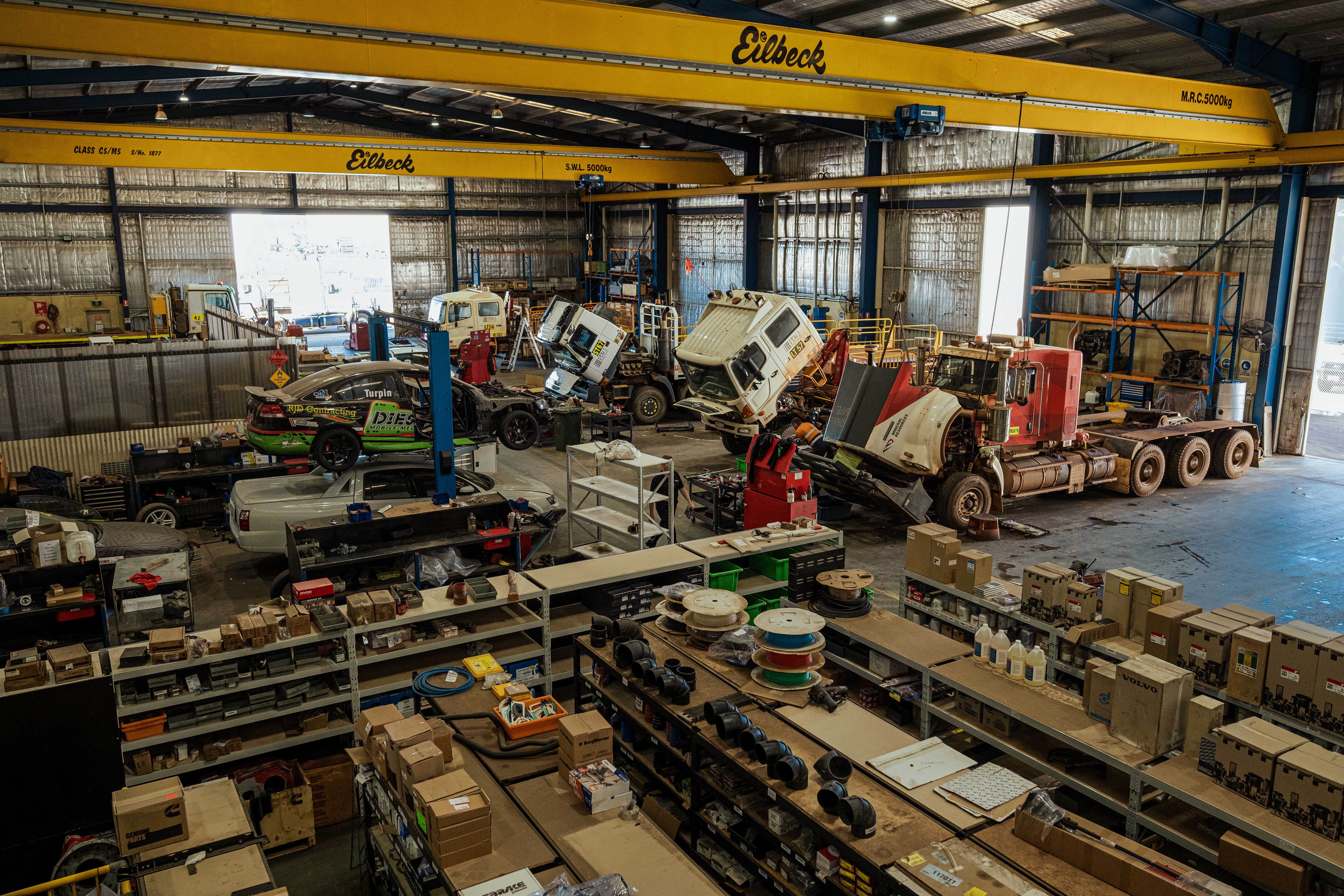 “In most places (staff) get overlooked way too much and there’s too much control,” Steve said. “You don’t get to do your own job. I say to the guys, ‘This is the job, this is what I need to achieve, this is the timeframe we have. You go about doing it. If you’re not going to make it, you need to let me know, but it’s your job, it’s your responsibility. You give them control. The job is their little baby.”

There’s also the free smoko and the flexibility to attend to family commitments. Together, it creates loyalty among the team and makes finding staff easier.

“Ninety per cent of our people have come to us through word-of-mouth,” Steve said. “The people that work for us enjoy working here and they tell other people, and it just generates more people in a good environment.”

Steve’s philosophy is that he doesn’t want to be the cheapest, but he wants to be the best.

“The quality of the work far outweighs everything in my eyes,” he said.

Customers, like employees, continue to arrive through word-of-mouth recommendations, so the focus on quality is key to Steve’s growth strategy. But he has an eye on the long term, too. He calls that 1400 square metre workshop his “superannuation plan”.

“It’s self-insurance, to set us up for the future,” he said.

What’s Steve’s advice to anyone hoping to grow their business and enjoy his kind of success?

BusinessExpand
Back to Latest News
This article was published 16/01/2023 and the content is current as at the date of publication.