Mechanical workshops have traditionally never been the prettiest of places but attitudes have certainly changed in recent years, because there are now many workshops where you could literally eat your dinner off the floor.

There are just as many who have paid little attention to the cleanliness and equipment storage in their workshops – if they only knew the potential financial rewards in running a clean workshop, with everything in its place.

There are two very good reasons for running a clean and well-organised workshop – it’s a much nicer place to spend at least a third of your life, and productivity increases substantially if everyone knows where things are. Increased productivity should translate to a healthier cash flow. For many workshops that have been around for a few decades, the hard part might be finding the time and the inspiration to make the changes that might be needed.

Workshops perform much better when staff don’t have to waste time hunting for something they know exists but they can’t remember where it lives, or when it was last used. The frustration this causes is bad for morale and very bad for business.

Imagine the satisfaction for all concerned when the workshop runs like a well-oiled machine and you can find everything you want when you need it.

A well laid out and organised workshop is not only efficient but can have a huge impact on the productivity and satisfaction of staff, and on the perception of the efficiency of the business as seen through the eyes of customers.

Achieving this perfect state won’t be easy, and it will demand a lot of effort, thought and planning. 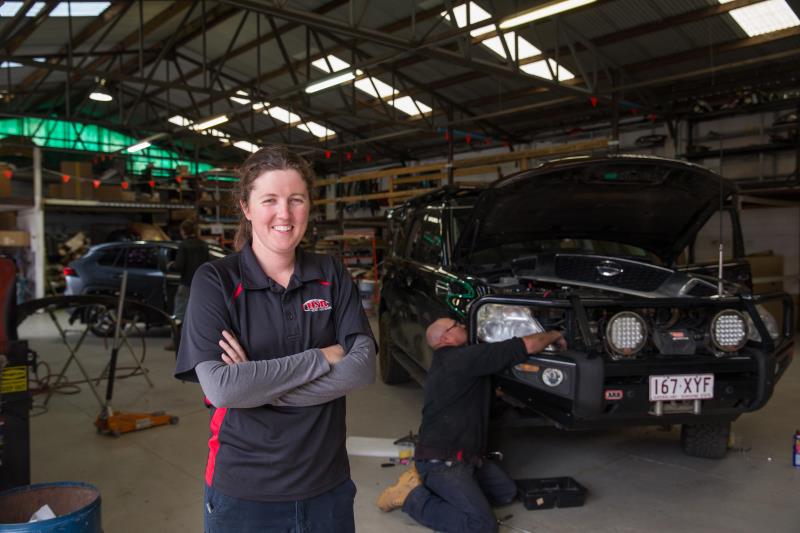 So where to start?

Begin with the layout. This refers to the placement of machines, workbenches and storage, usually in a confined space but relative to each other. Poor layout forces excessive travelling time between these areas. Extra clutter or disruption from tools in the wrong place will make the situation worse.

Tools should be categorised and kept in designated and clearly outlined locations. Cabinets, chests, and lockers are a good means of storage for groups of tools. Open-shelf displays are good for visibility and even an open wall, fitted with pegboard or slats, can store tools on hooks or in open baskets.

An efficient workshop will have a designated living place for every piece of equipment, every tool and all the stock. Then comes the planning, which means storing tools and spares close to where they are needed. This may seem like a no-brainer, but it’s amazing how many workshops haven’t figured out how much unnecessary work and time loss they cause by not having things close to the action. For instance, if a certain hoist is used for standard service work, all the standard service tools and equipment must be close to that hoist.

A good start is to go through your workshop, section by section, and assign a permanent location or storage place for everything as you go. Especially target those items that were stored somewhere ‘just for now’ but have never moved since.

It’s a common practice to leave parts, components or tools on a workbench, out in the open where they can be seen, with the theory being that they serve as a constant reminder that something needs to be done. This visual clutter is counterproductive because sooner or later they will become absorbed by an even bigger pile of stuff. 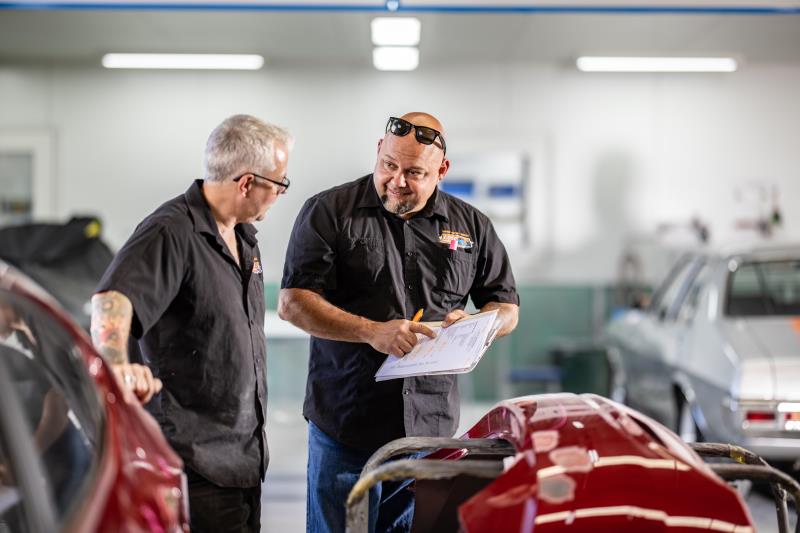 How much more effort is required to put every object in its designated home? Clutter is reduced, workspace is cleared, and productivity improves. There are no downsides to simply being tidy.

Grouping of tools or parts makes it easier to find things when they are needed and has an added advantage of immediately revealing tools and stock, thereby removing the temptation to replace things you can’t find when the tool truck calls.

After your reorganising is done, one very simple rule must apply forever – when you use something, put it back where it belongs. When everyone realises the time and effort they are saving, this simple rule will become habit and once it becomes habit, it is no longer a chore that you have to think about.

At least once a year, I recommend a review of each section in the workshop, almost like a visual stocktake that will reveal storage that is not working.

Workshops which have been established for some time will appreciate a well-planned declutter and restructure.

BusinessExpand
Back to Latest News

TaT Biz is the business training arm of the popular TaT network, publishers of The Automotive Technician magazine.

This article was published 09/04/2021 and the content is current as at the date of publication.