Strap yourself in for Nissan’s wearable car concept

Strap yourself in for Nissan’s wearable car concept

If this is the future: Strap. Us. In. Nissan has released a futurist concept called the GT-R X 2050, which marks a revolutionary change in the way we think about road transport.

It’s 66 cm tall, less than three metres long, and about a metre and a half wide. The driver lies down on their stomach with their limbs stretched out towards each tyre (like an X, hence the X in the name). A special helmet projects the front vision camera and the driver manoeuvres the vehicle directly using brain power.

This isn’t a car you simply drive; this is a car you wear. It’s more of an exoskeleton than a vehicle, more an electric-powered road suit than an actual car.

Sure, it looks a little like someone crossed a go-cart with a Roomba vacuum cleaner (and you better hope there are no speed humps in the future) but we are 100% here for this design. After all, this is the kind of future we’ve been promised by science fiction movies for years. 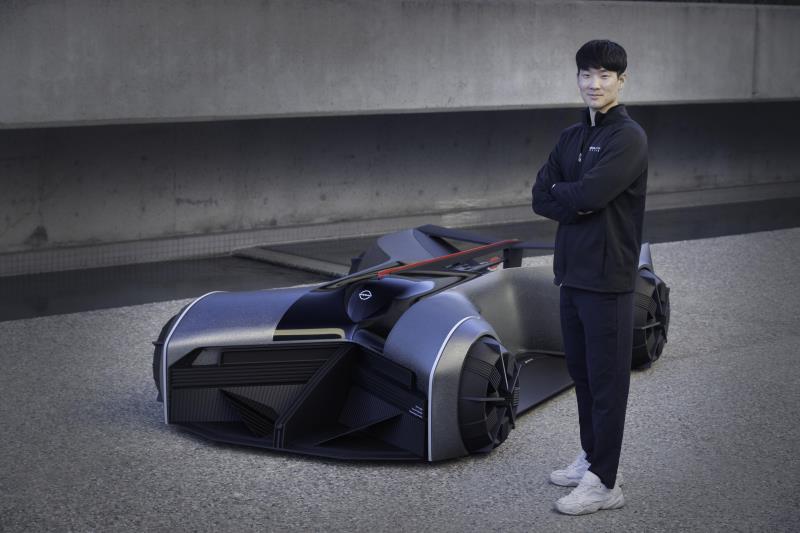 OK, so obviously the GT-R X 2050 is full-on fantasy right now. The 2050 in the name suggests this technology is the best part of three decades away.

It was designed by South Korean-born student JB Choi, as a final-year project for art college. He was doing an internship at Nissan Design America in California at the time he created it and Nissan, knowing a cool thing when they’ve nurtured it, decided to build a full-size model.

While this concept is obviously very futuristic, there are some nods in the design to the GT-R we know. There’s the slab-like side profile, the signature four circular tail-lights, red feature stripes, and a front end clearly inspired by Nissan’s V Motion grille. We also suspect, given the one-piece wheel-tyre units allow the vehicle to turn 360 degrees, they’re probably even more fun to drift than the GT-Rs we know today. 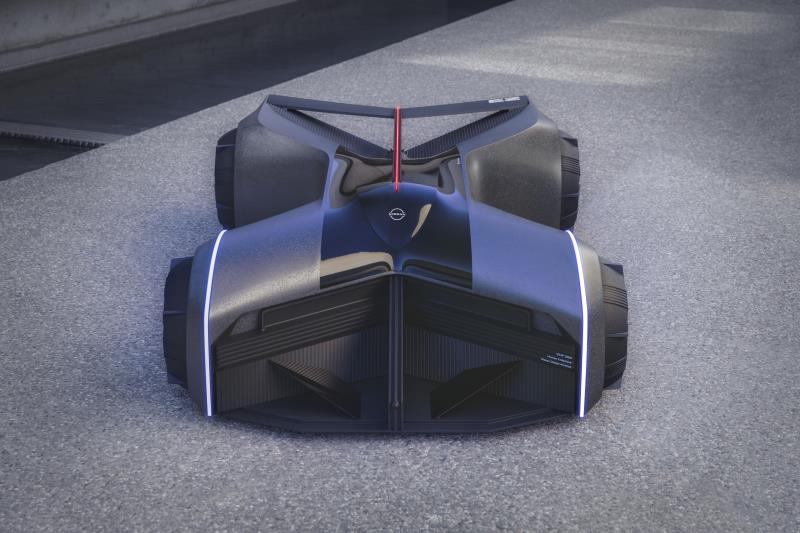 There are obvious shortcomings. It’s a one-occupant car, so you’re not exactly doing the school run in it. There doesn’t seem to be room for so much as a bag of groceries. You’re driving on your belly and you have to wear a special drive suit and helmet. Many of us might be concerned about brain-powered control, given the concentration levels required to drive a longer distance. Not to mention the egg-cracking potential of a head-first design.

But look, none of that is the point. This is some “blue sky” thinking; a total reimagining of what transportation could be in the future. And it comes at precisely the time our industry needs to be open to invention, exploring innovation, and embracing exciting ideas.

This is just such an idea. It’s a concept. What the reality of road transportation in 2050 looks like, we don’t yet know. But given some of the ideas incorporated into this design (like brain-to-vehicle controls) are already being developed by Nissan, perhaps the GT-R X 2050 isn’t such a fantasy after all?

IndustryRev Heads
Back to Latest News
This article was published 27/08/2021 and the content is current as at the date of publication.