DeLorean - Back for the future

The DeLorean holds a special, and slightly weird, place in motoring history. Its fame, almost entirely, is due to the Back to the Future films which defined so much of what was considered cool in the 1980s.

By the time those films came out, the American motor company DeLorean had already gone broke, having made just 9000 of the soon-to-be-iconic gull-winged DMC-12s. Its bankrupted founder, John DeLorean, would be caught on tape in an FBI sting operation, agreeing to bankroll drug trafficking, before later being acquitted on the basis of entrapment, in a bizarre trial. In the 80s, everything DeLorean touched made headlines. He died in 2005. Despite a lot of love for the DMC-12, and the brand itself continuing to hold value, the DeLorean never went back into production.

Four decades later DeLorean is back from the dead. The car, that is, not John. And, like Frankenstein, the DeLorean has been brought back to life with electricity. Earlier this year, DeLorean introduced the Alpha5 — the EV DeLorean of the future Doc Brown never asked for and Marty McFly never saw coming (to be fair, he was too distracted by the hoverboards). 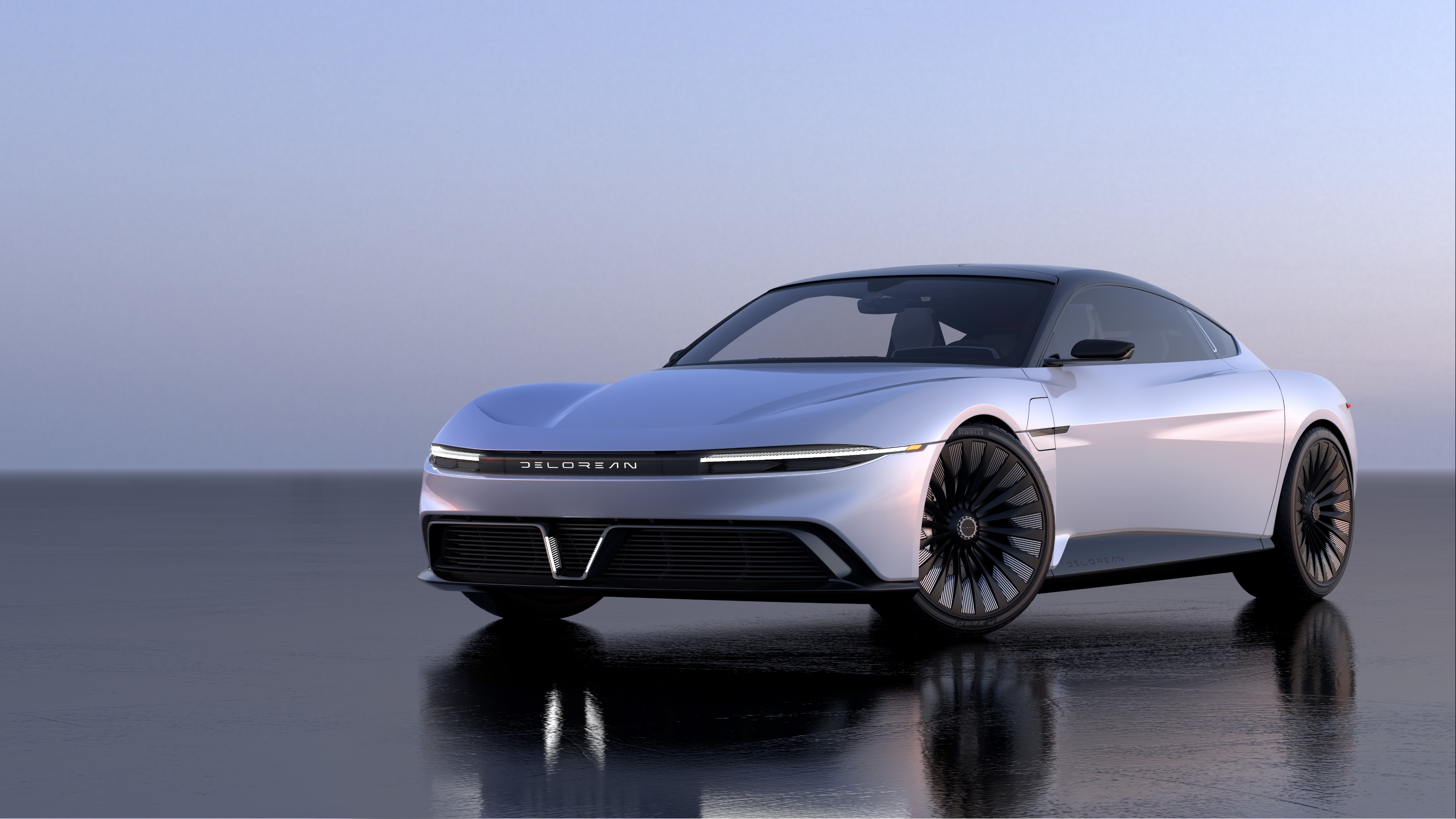 We know what you’re thinking. Is this really happening? Yes, it is. The new DeLorean Motor Company, DeLorean Motors Reimagined, unveiled the Alpha5 earlier this year, initially as a concept. But it’s a concept no more, with the EV going into production for release in 2024. And it’s all there: the gull-wing doors, the classic rear louvres, the three-layered tail-lights. Joost de Vries, CEO of DeLorean Motors Reimagined, says the Alpha5 is the DeLorean DeLorean would be producing today if DeLorean had never gone away.

“Our goal was to bridge the gap between the past and the future, so we produced extensions of the DMC-12 that would have been icons in their time, to create the next generation of vehicles, starting with the Alpha5,” he said. 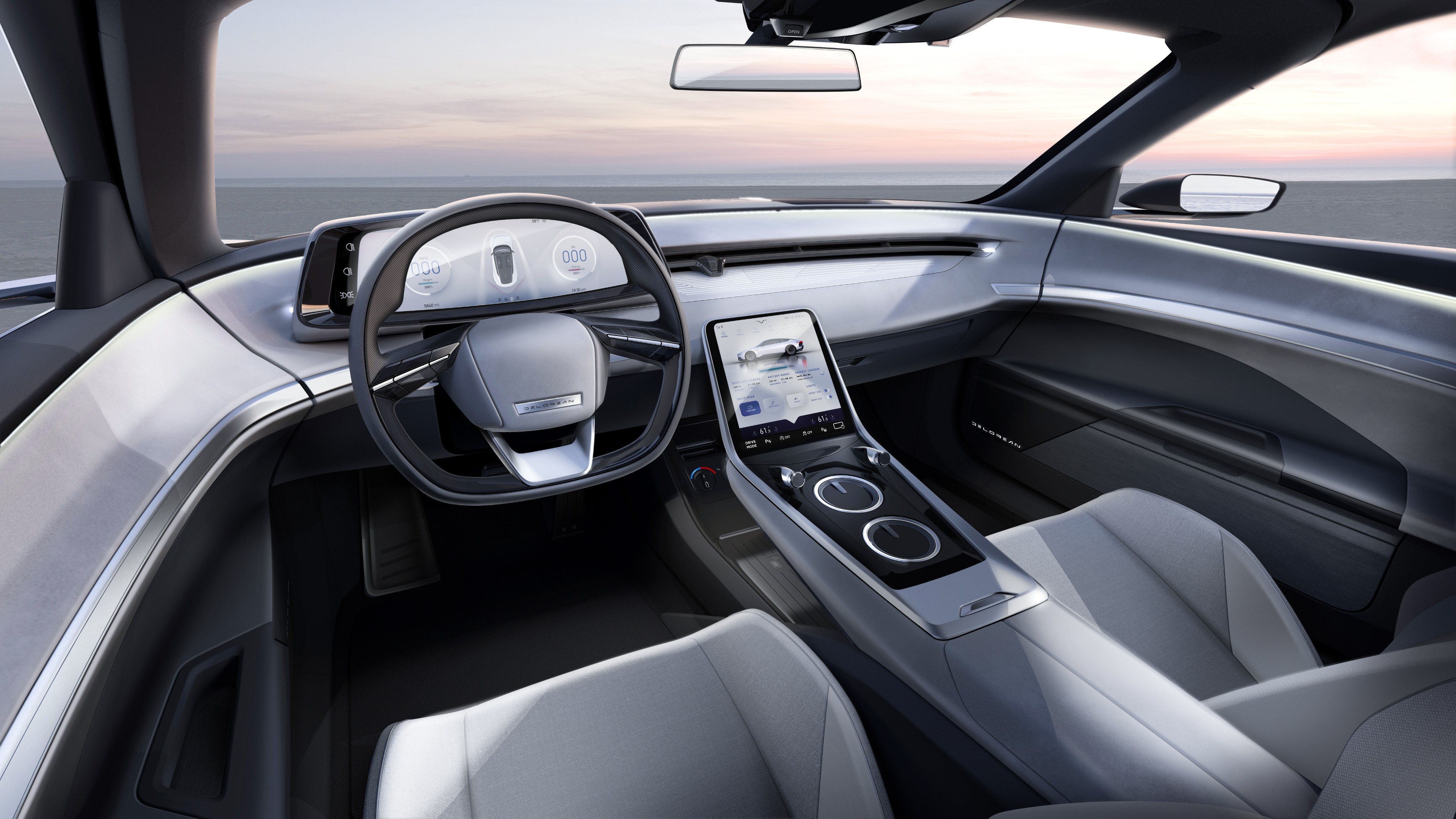 “The vehicle’s interior design and high-performance technology are human-centered and create an environment that engages the driver and the passion for the drive, including enhancing the driver’s connection with loved ones,” the company’s promo promises. What does that look like in practice? Um, well, it comes with a watch-like device someone can wear and through that device the seats will heat to their body’s exact temperature and a pulse in the seat can sync with their heartbeat and they can give you a virtual hug (the seats will wrap around you a bit) and even blow you a kiss (involving a creepy puff of air emanating from the headrest). Who comes up with this stuff, who approves it, and who wants it, we have no idea. It’s no substitute for a flux capacitor, that’s for sure.

Imagine the customer coming in through the workshop door demanding you fix the virtual kissing function on their DeLorean. Is it April first?

That’s not even the weirdest part of the new DeLorean. Want to buy one? You can’t just phone up and place an order. There’s a whole deal where you have to join a club first, then there’s a process you have to go through involving blockchain and non-fungible tokens (NFTs) and the creation of something called “a digital twin” that allows you to customise your vehicle. Whatever that means, people are buying it. The DeLorean Alpha5 is oversubscribed (they’re only making 88 in the initial run (yes, 88, just like the mph speed that sends you back in time in the movies).

Still want one? We understand the real deal will set you back at least US$150,000, before you even look at importing it. However, there is a more affordable alternative. Hot Wheels is selling 1:64 scale die cast models of both the DMC-12 and the Alpha5. The models won’t let you travel back in time, but they won’t try to kiss you either.

Insights and TrendsRev Heads
Back to Latest News
This article was published 11/11/2022 and the content is current as at the date of publication.