How to set labour rates (and how to change them)

How did you decide what to charge customers for the labour required to service or repair their vehicles?

How did you decide what to charge customers for the labour required to service or repair their vehicles?

Chances are, you based it on the labour rate of similar businesses in your local area. We’re not guessing when we suggest that, either: 54% of Capricorn Members told State of the Nation 2022 that’s how they set their labour rates. Half of respondents said they also use their best judgement.

As a way of running business, automotive business coach Workshop Whisperer Rachael Evans could not be clearer: “It’s madness,” she said.

“Most workshops think it’s a best guess and look at what everyone else is charging, but there is a logical, structured and mathematical way to determine what you should be charging for your labour rate.”

So, what is it? How can workshop owners boost their turnover and profitability by setting their labour rate more effectively? While this article does not constitute financial advice, and you should always consult an expert, it will help you understand the topic and your options a little more.

Consider the costs you need to cover

Rachael said it was important to know exactly what each hour of labour costs your business. That calculation includes everything from staff wages to rent to the electricity bill.

“You need to know your ‘break-even’ point,” Rachael said. “Your labour rate has to be at least past the break-even or you’re going backwards. Then you’ve got to look at the profit you want to make, and you’ve got to reverse engineer from there.

“It’s not about looking at what the three closest workshops to you are charging and not wanting to charge more than them, because you don’t know what their costs of doing business are (and likely neither do they), so why would you copy what they’re doing?”

In short, the labour rate for every single workshop is different and it should be based on your costs (which determine your break-even point) and the level of profit you want to make over and above your costs.

Anecdotally, many workshop owners are reluctant to increase their charge out rate. The big reason for this seems to be that they’re worried customers will take their business elsewhere and they’ll miss out on the work.

TatBiz Technical Editor Jeff Smit, who owns two auto-electrical, general repair and air-conditioning workshops in Sydney, said in reality the reaction from customers is quite different.

“Mate, no one bats an eyelid,” he said. “A few years ago, we changed our pricing structure for standard service work and then set up another charge out rate for anything that included diagnostic work, and not one customer said anything about it at all.” 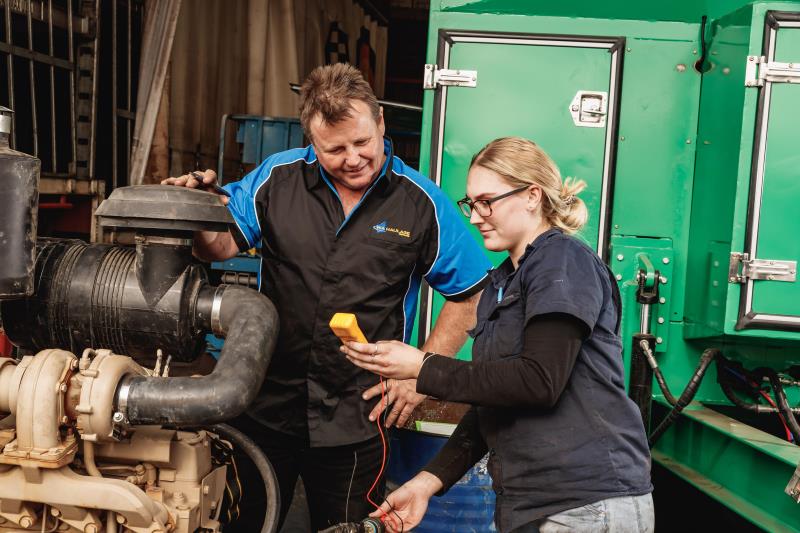 Consider charging labour as a block, rather than by the hour

Then there’s the way you present your labour rate to your customers. Rachael recommended changing the way you explain labour (whether during a quote or on your invoice) as a single unit, rather than as an hourly unit.

Jeff agreed. He said customers were unlikely to question the calculations that go into a flat fee.

“When they ask us how much to do something and we say $XX, they then say yes or no—they never ask, ‘how many hours of labour is that?’ or ‘what are you charging me for labour by the hour?”

But what if price-sensitive customers really are an issue in your area? Jeff has a solution for that, too—and it all comes back to the tiered pricing he mentioned earlier.

“The days of a flat rate for everything you do should really be over,” he said. “Think about the diversity of the work that the average workshop does, from a basic oil change to some really quite high-tech work. Why should they all fall under the same labour rate?

“I think workshops could even have three different labour rates: one for basic service work, one for more complex mechanical type work and then one for high-tech and electronic work or anything that involves expensive gear and brainy people you have to pay a lot of money for.

“If you think about it, it doesn’t make any sense to charge out the guy with 10 years’ experience who’s doing all the high-tech work at the same rate as the third-year apprentice who’s doing a service. You can charge them (the experienced technician) out at more per hour.”

Consider how you can earn the right to charge more

TatBiz General Manager Geoff Mutton said workshop owners could give themselves the confidence to charge labour rates that reflect their underlying costs by improving the presentation of their workshops.

“How you present to the marketplace, and the customer’s perception of you, is also important,” he said.

BusinessMaintain
Back to Latest News
This article was published 15/10/2021 and the content is current as at the date of publication.