While we are all familiar with the term ADAS, it is likely that there are still a great many of us who are not fully across the entire suite of systems and how they operate – both individually and collectively.

Advanced driver assistance systems (ADAS), as the name suggests, are installed to assist the driver in the safe operation of a vehicle. Of course, there are various definitions of driver assistance. The U.S. Society of Automotive Engineers provides a succinct summary highlighting the progression from driver assistance to driver automation as the systems become more complex. This is shown in Figure 1.

If you’re thinking that the driver assistance system “won’t affect me” – it probably already has, as these interconnected systems are well and truly operational. The latest estimate is that ADAS is installed in more than 300 models from various manufacturers currently operating in our market.

ADAS is, of course, not just a feature of luxury vehicles; it is now standard equipment on base model, everyday family cars and its use is growing daily. As a consequence, the calibration of ADAS is becoming an increasingly important factor for collision repairers and we need to understand some of the key points and our responsibilities when dealing with these systems. 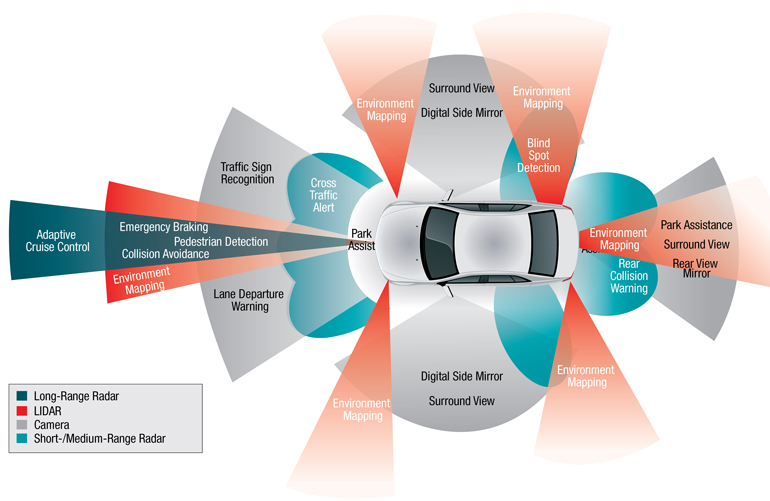 “The initial set-up for these systems requires a levelling device that attaches to the radar, use of a three-position radar reflection mirror, and targets to calibrate the cameras. The processes include static and dynamic calibration, combinations of the two, plus the need for diagnostic tools to access the system to perform the calibration. Recalibration of these systems is required following — amongst other processes — the repair of the body that mounts the radar, changing the windscreen, changing and/or repairing the suspension, chassis repairs that may have changed the geometry in any way, sensor replacements, and even adjusting the wheel alignment can all impact the performance of ADAS,” added Erickson.

In a similar vein, Hella Gutmann points out that it’s always essential to refer to the vehicle manufacturer’s instructions, and they too provide some scenarios when radar sensor calibration or adjustment is necessary: after radar sensor replacement or dismantling/installation, after post-accident repairs to the body geometry, after changes to the vehicle level at the front or rear axle, after a suspected impact on the sensor, if the electronic control unit (ECU) detects exceeded tolerance levels for the measuring field, or after the impact carrier has been dismantled.

It is of critical importance to understand the difference between “adjustment” and “calibration” of these sensors. According to Gutmann, adjustment of many radar sensors can be done vertically and horizontally using two screws, similar to headlamp adjustments. This is purely a manual adjustment. However, the ECU needs to be taught the new adjusted position, which automatically calibrates the ADAS.

Other generations of radar sensors are not equipped with mechanical adjustment features. If the system detects an error, or after any of the above-mentioned repairs/changes, the measuring field must be calculated again, and a compensation value configured in the ECU. In this case, calibration via the vehicle’s software and diagnostic tool is required. 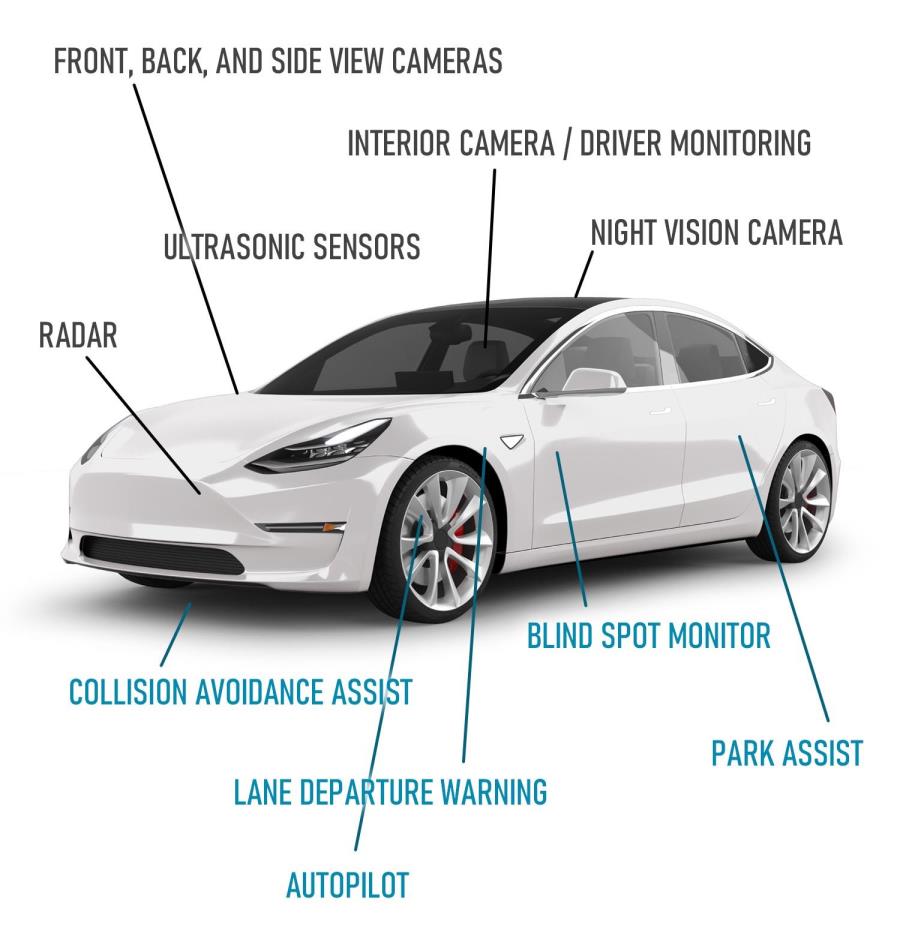 I’m sure by now you’re getting the picture: returning ADAS to manufacturer specifications is critical to the safety of the vehicle and its occupants. What could possibly go wrong?

Well, according to a recent study by the U.S. Insurance Institute for Highway Safety (IIHS), curves in the road are posing a challenge to advanced driver assistance features like adaptive cruise control (ACC) and more sophisticated partial automation systems, limiting their potential safety benefits.

ACC and more advanced partial automation that combines ACC with lane centring are often disabled on some of the sharper curves present on limited-access roads, either because drivers switch the features off or they deactivate automatically. “We know that advanced driver assistance features may help prevent crashes, but obviously they can only do so if drivers use them,” said Wen Hu, IIHS Senior Research Transportation Engineer. “The study suggests that these technologies will only be able to reach their full potential if drivers trust them to handle the curves.”

ACC works like conventional cruise control, but it automatically slows the vehicle to maintain a preselected following distance from the vehicle ahead, so the driver doesn’t need to repeatedly brake and reset the system. Lane centring provides automated steering assistance designed to keep the vehicle in the middle of the lane.

Hu and her co-authors used data collected by the Massachusetts Institute of Technology’s advanced vehicle technology consortium. Onboard data-acquisition systems collected information from two 2016 Land Rover Range Rover Evoques and two 2017 Volvo S90 vehicles driven by 39 drivers over four weeks. The Evoques were equipped with ACC, and the S90s were equipped with both ACC and Volvo’s Pilot Assist partial automation system, which combines ACC and lane centring. 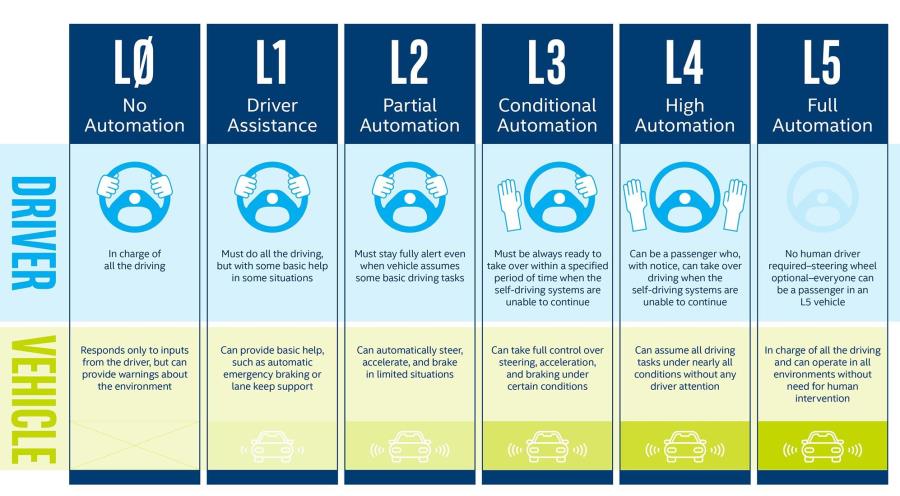 Hu highlighted: “The fact that Pilot Assist was frequently inactive on the sharpest curves is an important limitation, since the kinds of crashes lane centring could help prevent are more likely to occur on curves than on straight roads.”

Interestingly, in a separate IIHS study, police-reported crashes showed that front crash prevention cuts rear-end crash rates in half and reduces rear-end crashes involving injuries by 56%. In addition, the appropriate use of ACC could further improve these figures since it typically results in greater following distances, giving drivers more time to react to an emergency ahead.

So, there is little doubt that the introduction and application of ADAS has had a significant impact on road safety when it operates in the manner in which it was intended.

All that being said, what is the takeaway?

Essentially, it’s the repairer’s responsibility to return the vehicle to pre-accident condition and ensure that the safety systems are fully operational. How the driver uses the technology is a separate matter.

In summary, as ADAS technology continues to develop and vehicles begin to make the transition to partial autonomy, the challenge becomes even greater. Fortunately, there are several global organisations that operate in this space and can provide you with advice, solutions, equipment and training to help you navigate what appears to be an ever-increasing technology minefield.

Joe McFadries began his career in the Automotive and Industrial division of one of the largest global coating's companies, spending his early years in operational roles before moving into “the commercial world”.

This article was published 15/11/2021 and the content is current as at the date of publication.