Strangely enough, over the past 60 years many famous names have had a few ideas (and the cash to give it a go).

The late Beatle John Lennon decided to repaint his sleek, all black, 1964 Phantom V in bright yellow — covering it with Romany gypsy patterns.

Another musical legend, Elvis Presley, had his customed fitted with a telephone, a clothes brush and microphone. In the end he also repainted his Phantom V, switching from midnight blue to light silver in a bid to stop his mother’s chooks pecking at the paintwork. (No, seriously. This is a real thing that happened. Look it up.)

Elton John had a pink one. Although that wasn’t strictly an improvement. That was bad taste and it left the factory like that.

But now a company with a far less famous name than those mentioned so far has found a way to make a genuine improvement to the beloved Rolls-Royce Phantom V.

They’ve given it an electric motor.

Lunaz is a British engineering company, based at Silverstone, that says it “harbours a deep desire to ensure that classic cars remain on our roads for future generations to own, experience and adore”. They’ve developed an electric powertrain that is being used to breathe new life into a number of classic vehicles, including the Jaguar XK120, the Bentley S2 Flying Spur and the Phantom’s stablemate, the Rolls-Royce Cloud.

So, how do they do it? Each Phantom V is stripped back to the base metal, 3D-scanned and then fully restored before the original drivetrain is removed. It’s replaced with the Lunaz-engineered electric drivetrain, which includes a 120 kWh battery pack — currently the largest available in the world. Apparently, that’s big enough to get you roughly 500 km and enough power to go from zero to 100 kmh in less than five seconds. 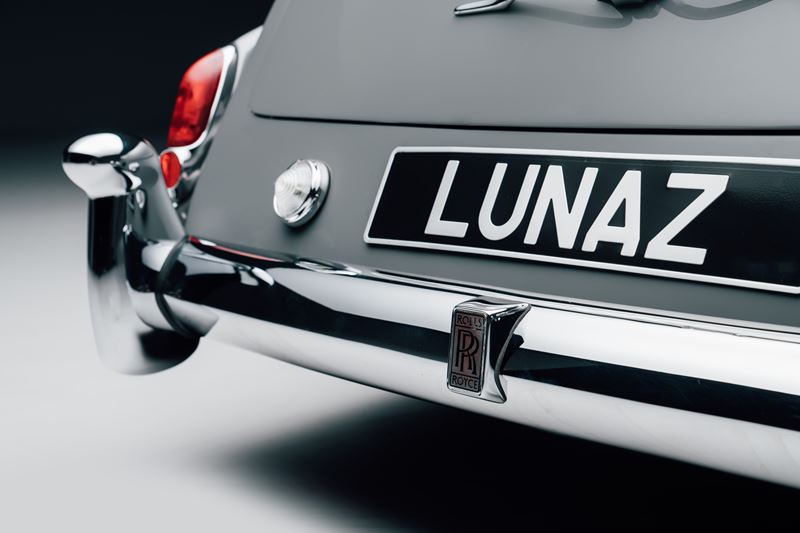 There are other improvements, too, of the kind Lennon and Presley could only have imagined: sat nav, wi-fi and an “infotainment” system (although Lennon’s did have a portable TV).

How do you improve upon a classic? You restore it and electrify it — simultaneously making it better for the planet and ensuring future generations will get to see these beautiful machines in action.

IndustryRev Heads
Back to Latest News
This article was published 09/04/2021 and the content is current as at the date of publication.