It seems the entire auto industry is losing their cool over an electric car that’s been named after the very air that we breathe.

We know what you’re thinking: this is hyperbole, surely? Yes, obviously. But we’re not alone in getting excited about the O₂. It seems the entire auto industry is losing their cool over an electric car that’s been named after the very air that we breathe.

After the concept car appeared at Goodwood in June this year, Autotrader’s headline on their coverage was, “they MUST build this car”. Auto Express’s headline was “why has it taken THIS long?” Even Top Gear tagged their article about the Polestar O₂ with the words “the petition to make it starts here”.

So, what is it about the Polestar O₂ that apparently has every automotive journalist around the planet ready to sell their granny to get one?

Well, as electric 2+2 hard-topped convertibles go, it’s certainly pretty. The O₂’s design is based on the Polestar Precept but it has a low and wide body, a compact cabin, minimal overhangs and a long wheelbase. They’re classic sportscar proportions but it also has a really modern and electric feel. 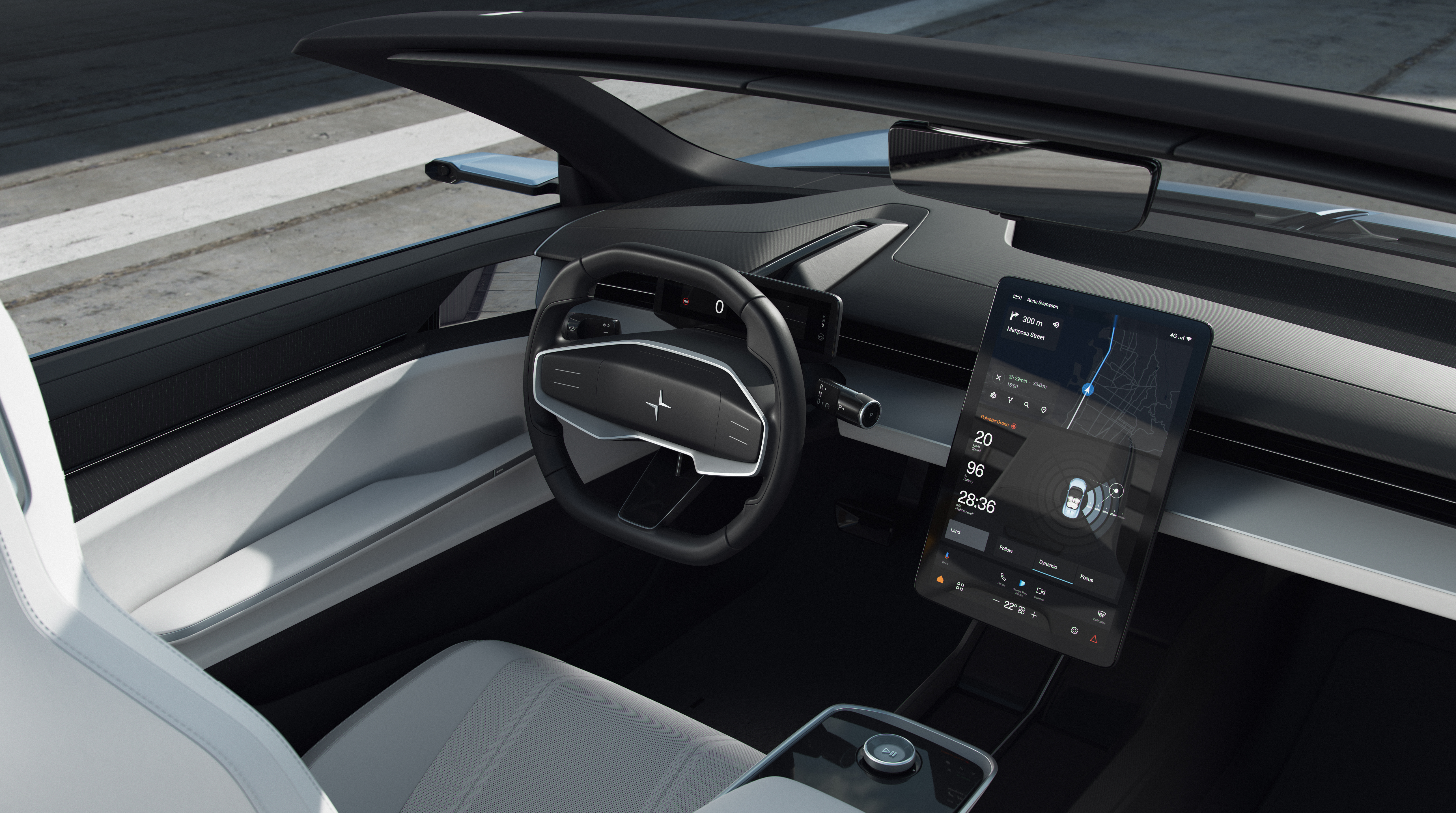 Here’s how designer Maximilian Missoni puts it: “This car is a meeting point between technology and art, between precision and sculpture, with a determined but not aggressive stance.”

In other words, it’s beautiful. But there’s more to it than that.

“Polestar O₂ is our vision of a new era for sports cars,” Missoni says. “By mixing the joy of open-top driving with the purity of electric mobility, it unlocks a new mix of emotions in a car. But as with all our cars, we are about more than just straightline sprints. It’s when you turn the steering wheel that the fun begins.”

This a concept so, in reality, no-one actually knows how it will drive. But Polestar promises the O₂ is designed to be “lively, light and full of confidence”.

“The high quality and rigidity of the bonded aluminium platform are geared towards heightened dynamic response,” the company said. “Handling dynamics are taut, thanks also to small roll angles and high roll damping, and the agile, direct steering feel is linear, with great steering torque build-up.

There’s also a fair chance the O₂ might just simultaneously revolutionise both the car manufacturing plant and the wrecker’s yard. The Polestar’s interior is largely made from a new thermo-plastic mono-material, which means it is much easier to recycle (compared to interiors made from different materials bonded together).

The goal is to make reusing and recycling as easy as possible, which the company says is “a significant step towards greater circularity, while also reducing weight and waste”. Even the different grades of aluminium on the various components within the car are clearly labelled to make recycling easier.

But we know what you’re thinking: “yeah, yeah, but it’s just a concept. We’ll never see it on the roads.”

Hold onto your hats. Polestar CEO Thomas Ingenlath seems absolutely serious about making the O₂ a reality. He’s calling the O₂ the “hero car” for the Polestar brand. In July he told Top Gear, “My ambition is to make it a production car” alongside other models that have made the jump, including the Polestar 5.

“This is a taste of what we can design and engineer with the talent and technology we have in-house,” he said. “It looks incredible and being able to lower the roof and not hear an engine promises a superb sensation.”

So, remember this moment. Remember where you were when you first laid eyes on the Polestar O₂. May it be a long and happy relationship.

IndustryRev Heads
Back to Latest News
This article was published 16/09/2022 and the content is current as at the date of publication.