Classic Kombi Camper a reminder of endless summers past.

For anyone over a certain age, memories of summer holidays are likely to include sweaty hamstrings slowly toasting against blistering vinyl seats, sitting in the back of a vehicle that, in the January sun, felt like travelling in a pizza oven hurtling along the highway towards the beach.

If that makes you feel nostalgic, then you’ll probably also feel wistful about this piece of news: the original summer beach bum vehicle of choice, the VW Kombi, is making a comeback.

But before we get to the rebirth of a legend, let’s refresh our memories of one of the automotive industry’s design classics, and how it became a symbol of love, freedom and the endless summer. The “T2”, as the early Kombis were officially called (Kombi is short for kombinationkraftswagen), was first unveiled to the world in 1949 at the Geneva Motor Show. It was the big brother to the already popular VW Beetle — a van version, initially designed on the same wheelbase. Weighing in at 1.5 tonnes with a 25 horsepower (19kW) engine, a design icon was born. That beloved first generation of Kombis (up to 1967) are known to collectors as “Splitties”, for their split front windscreen.

The van was redesigned in 1968. The split windscreen was replaced, the engine was stabilised with a back bar, the suspension was fixed (well, mostly) and the bodywork completely changed shape. Arguably, a little of the original Kombi charm was lost, which is perhaps one reason why original Splitties now command upwards of $200,000 at auction in Australia.

By the time of the redesign, the Kombi had become wildly popular with the burgeoning American counterculture. Hippies were buying them, apparently in part to thumb their noses at the establishment and protest the all-powerful US motor industry. They drove them to Woodstock. The surfies threw their boards in the back and drove them to the beach. Whole families piled into them and went on adventures — camping, fishing and holidaying together. The Beach Boys and Bob Dylan put the Kombi on their album covers. The vehicles co-starred in iconic films, like 1982’s Fast Times at Ridgemont High. The adorable Kombis delighted people wherever they went — winning hearts and bringing smiles to the faces of children and adults alike. Why? Because they were synonymous with fun! They were fun to look at, they were fun to drive, they were fun to travel in (lack of air-con not withstanding) and they took you off to do fun things — like camping and fishing jam-packed with thousands of unwashed hippies and no toilets, waiting for Jimi Hendrix’s set.

Through the 80s, 90s and noughties, a series of VW vans were released (the T3, T4, and T5), but sadly all the pleasing design elements had been stripped away — and the smiles and the public reverence disappeared along with them. They were boxy people movers. Possibly very good ones, but hardly style icons. Nothing to set a free-loving hippie’s heart on fire.

So, it has been pleasing to see VW’s sleek and stylish nod to the past in its soon-to-bereleased ID. Buzz — the first fully-electric vehicle from Volkswagen Commercial Vehicles. From the two-tone paint job to the “smiling” front end, the ID. Buzz echoes the classic design of the original Kombi. The five-seater has a 77kW battery pack and 204 PS motor, rapid DC charging (up to 170kW) and 11kW AC charging, and a driving range of 415km.

In a move that would delight the hippies of the 1960s, VW says the ID. Buzz uses organicbased vehicle paint, is made from renewable raw materials and works emission-free on the road. VW is even recycling the batteries at their end-of-life. 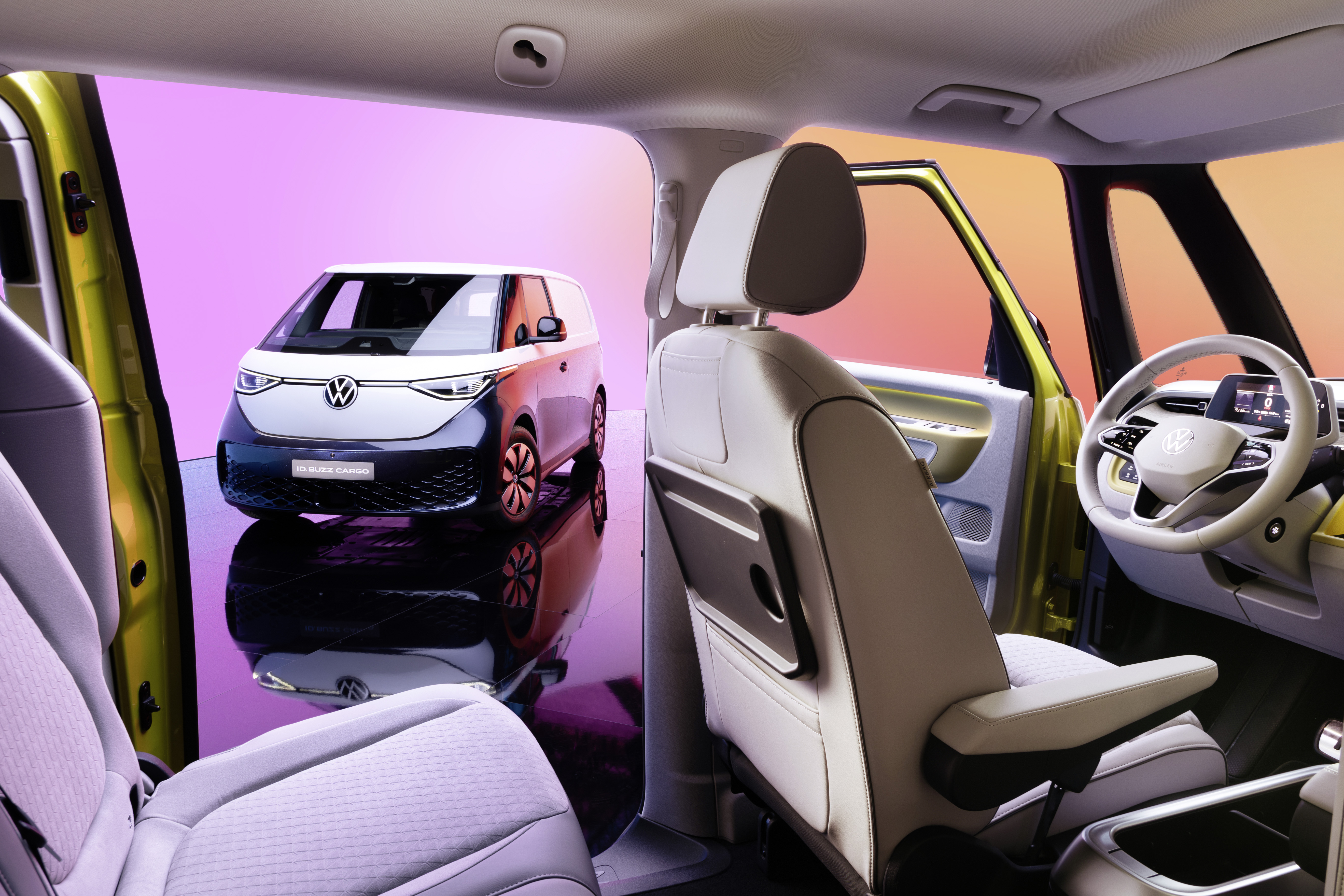 While it’s hard to recapture the indefinable X-factor that made the Kombi such a beloved classic, the ID. Buzz has returned charm to VW’s vans. But the ID. Buzz is also more than just a nod to simple Kombi nostalgia. If that’s all they’d wanted to achieve, they’d have got rid of the air conditioning and included vinyl seats. (Kids these days just don’t know how good they’ve got it.)

Rev HeadsInsights and Trends
Back to Latest News
This article was published 02/12/2022 and the content is current as at the date of publication.