You may not have heard of PIARC, but I can guarantee that you have spectated, watched on TV or competed at a motor racing event that this amazing motor racing club has had an integral involvement with across the past seven decades.

Let’s ride a time machine back to March 26, 1952, the day of a public meeting convened at Melbourne’s Savoy Hotel to discuss a design proposed for a motor racing circuit located at Victoria’s Phillip Island. This was the brainchild of six forward-thinking local businessmen: Winston Maguire, Ben Denham, Vern Curtain, John Elliot, Bill Evans and Herbert Watchorn.

With the plan accepted, a committee of 15 people was established during that meeting, forming the Phillip Island Auto Racing Club (PIARC). Few would have realised at this time how integral this club would be in the decades to come in the organisation and operation of major motorsport events across Australia and all over the world.

The now world famous Phillip Island Grand Prix circuit layout can also be traced back to these original PIARC pioneers. The circuit has been hailed as pure motorsport engineering brilliance in creating the ultimate racer’s racetrack, but according to local legend the story of the circuit’s design was somewhat less technical than all that.

The story goes that after downing several refreshing beverages, members of that original PIARC group walked across the stunning 300-acre seaside site with sticks and flags, mapping out the circuit’s now legendary, super-fast and challenging layout. Whatever the case, inebriated or otherwise, they had created an incredible motor racing circuit that saw its first races held in December 1956. The Victorian seaside circuit also established the precursor to the Bathurst 1000, the Armstrong 500 Touring Car race, in 1960 and ran the event on three occasions through to 1962.

Local automotive aftermarket exhaust manufacturer and motorsport enthusiast Len Lukey bought the circuit, which was in a state of disrepair, after the 1962 Armstrong 500. Lukey leased the circuit back to PIARC at no cost — the club then set out to repair the circuit using their own labour and fundraising. The circuit reopened for racing in October 1967 and 11 years of successful motor racing followed, with anything and everything racing at the popular venue including Formula 5000, Formula 2, touring cars, sports cars and motorcycles. All proceeded well until Lukey passed away in 1978. Sadly PIARC did not have the funds to buy back the property and the circuit was closed that year. Despite its closure, PIARC’s efforts to bring the circuit back to life continued. 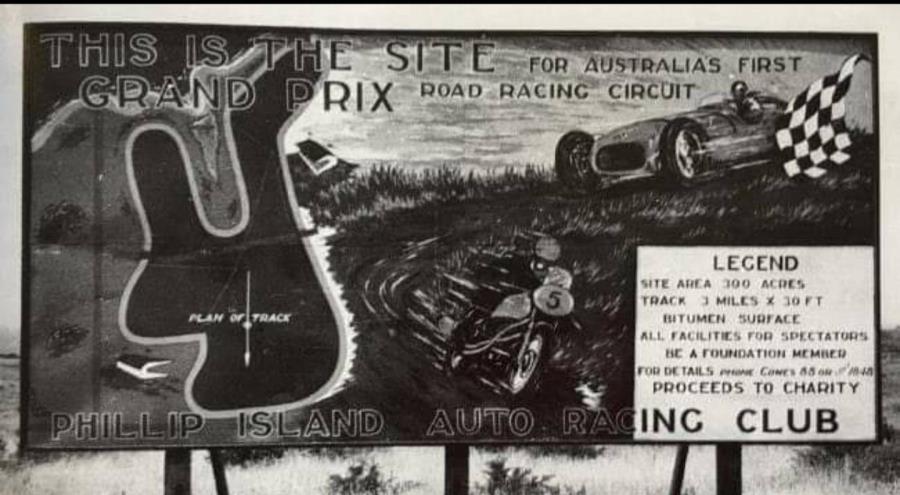 The club continued running competitive motoring events across other venues including Melbourne’s Calder Park Raceway, using Phillip Island for historic rallies and club sprint events. In 1985 the circuit was acquired by Placetak Pty Ltd, with the view to make it a quality motorsport facility.

The circuit was refurbished to a reduced length of 4.4 kilometres and was once again open for business in December 1988. The circuit instantly became a global favourite when Australian 500cc Motorcycle Grand Prix promoter Bob Barnard brought the first 500cc World Championship race to the circuit in 1989.

This heralded a new era of success for PIARC, hosting World Superbike Championship events from 1990 along with Australian Touring Cars / Supercars, Super Touring and everything in between racing at this fan and television viewer favourite circuit. The 500cc / MotoGP Championship remained at Phillip Island permanently from 1997, and in 1998 the incredible Michael Doohan won his home Grand Prix there, as Wayne Gardner had done in 1989, along with Casey Stoner (the first of six times) in 2007. All three Aussie riders have sections of this revered racing circuit named after them permanently.

In 2004 the Linfox Corporation acquired the circuit and set out on a multimillion-dollar redevelopment of the property, securing its long-term continued success and growth.

Throughout all of these decades and with all of the events held at the venue, PIARC became the pre-eminent organisation for motorsport official training and development across all facets of operating safe and successful motor racing events both in Australia and beyond our borders.

PIARC has been intrinsically involved in the training of officials and running of major motorsport events both locally and internationally for decades, their expertise extending all the way to Formula One races in Indonesia and Malaysia, and across the Middle East and Singapore, along with every major racing event held in Australia.

The PIARC slogan has always been simple — “Access to Motorsport” and this is exactly what the club has provided for seven decades, all the while ensuring the survival and the meteoric rise of one of the most exciting motor racing circuits in the world.

IndustryRev Heads
Back to Latest News
This article was published 25/05/2022 and the content is current as at the date of publication.