Alpine have released a hydrogen-powered concept car. Is the A8410 a sneak peek into the future of supercars?

We were promised zeppelins. For years science fiction writers had made it clear the future of travel would be filled with hydrogen-fuelled airships, floating over our cities like giant, inflatable cigar tubes. It never happened. Where did it all go wrong?

Frankly, the Hindenburg disaster of 1937, when a hydrogen-filled blimp burst into flames, killing 35 people, probably didn’t do much good for the reputation of either zeppelins or hydrogen. Since then, we’ve really only flirted around the edges of using hydrogen as a fuel source — even at ground level. There are very few hydrogen-powered vehicles available on the market today, and very few of the ones that are available (the Toyota Mirai and the Hyundai Nexo) are on the roads globally. 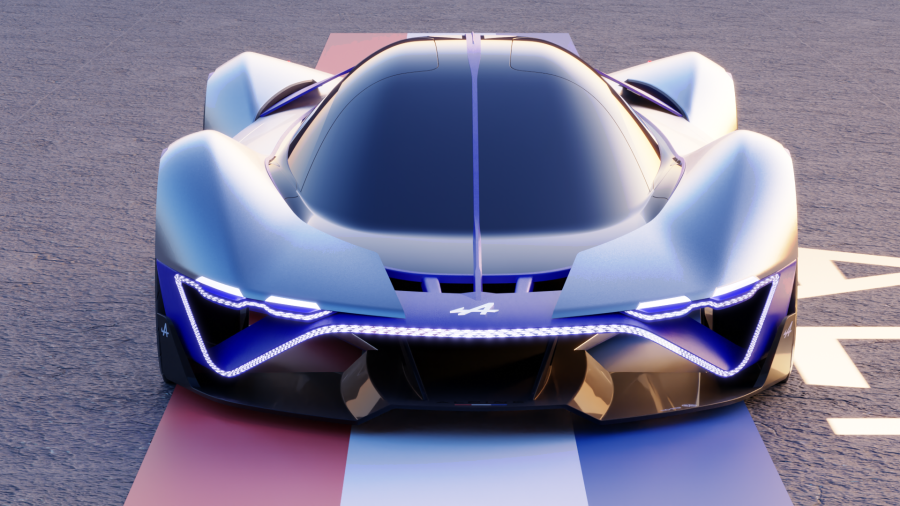 But as the world turns away from fossil fuels and searches for greener ways to get around, could hydrogen make a comeback? Alpine seems to think so. They’ve released designs for a two-seater concept car, the Alpine A4810, which they say would be powered by hydrogen. The vehicle was designed by Masters students at the Europeo di Design (IED) school in Turin, Italy. The students were asked to design a “super berlinette” for the year 2035.

They came up with the A4810, a super sexy supercar that’s a little over five metres long, 2m wide and 1m high, with a 2.7m wheelbase. It has an aerodynamic silhouette, inspired by Formula 1 race cars.

“The bi-tone colours, matte black and carbon fibre highlights create a bold contrast with each part of the car, making them stand out according to their function: aerodynamic, mechanic or merely formal,” the company says.

Why A4810? It’s a nod to Mont Blanc, which at 4810m is the highest mountain in Europe. (Perhaps that’s symbolic of the hill we have to climb to make hydrogen power commonplace?)

Being a concept car, there’s no information about power beyond the promise of that hydrogen powertrain. But expert observers have noted the design features twin exhaust outlets at the rear of the vehicle, which suggests Alpine envisages a hydrogen combustion engine, rather than hydrogen fuel cells powering electric motors. 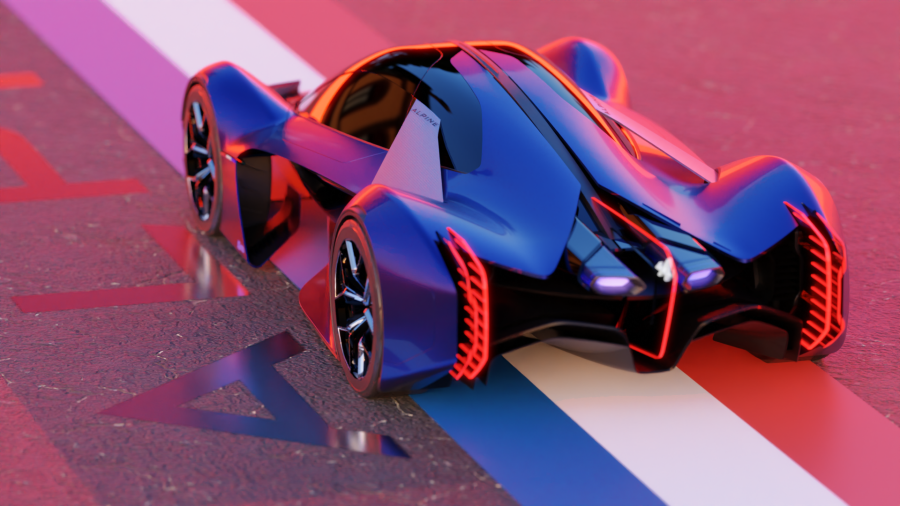 Alpine says the A4810 would be a high-performing vehicle in terms of both actual performance and environmental impact — a “light, yet powerful and agile” vehicle. It may yet be environmental factors that push hydrogen forward once again as a fuel for the future. Hydrogen does away with some of the disadvantages that currently exist with electric vehicles. You refuel in just a few minutes with hydrogen from a pump, just like a petrol car, so there’s no long recharge wait as there is with EVs. It’s also better for the environment than lithium-ion batteries, used in EVs, which generate several tonnes of carbon dioxide per battery during the lithium mining process. That’s the case even if the electricity the EV itself uses is 100% renewable. According to one report, if the hydrogen used in a vehicle like the A4810 were to be generated from renewable resources (for example, biomass), the lifetime emissions for that vehicle could be as low as 60g/km (compared to around 100 to 130g/km for an electric car).

Clearly, neither the technology nor the infrastructure exists yet to make hydrogen vehicles commonplace. But many manufacturers are looking at it, experimenting with it and developing technology around it. While the A4810 might not be a vehicle we’ll ever see on a test track, let alone on our roads, its design is a clear indication that Alpine (and the next generation of automotive designers) think hydrogen needs to be part of the transition to clean energy.

IndustryRev Heads
Back to Latest News
This article was published 22/07/2022 and the content is current as at the date of publication.