If there was ever a car that embodied the sentiment it’s not the size that matters but the way that you use it, it’s the Ferrari 296 GTB.

Why? Because this little baby is a V6. (You read that right. Ferrari, the company that made its name with gorgeous, high-performance, super-fast V12s, has just released its first ever V6.) It’s also a plug-in hybrid and it’s faster around the track than any of Ferrari’s V8s.

So, there are plenty of good reasons for your jaw to be on the floor right now. Let’s see if we can find some more. 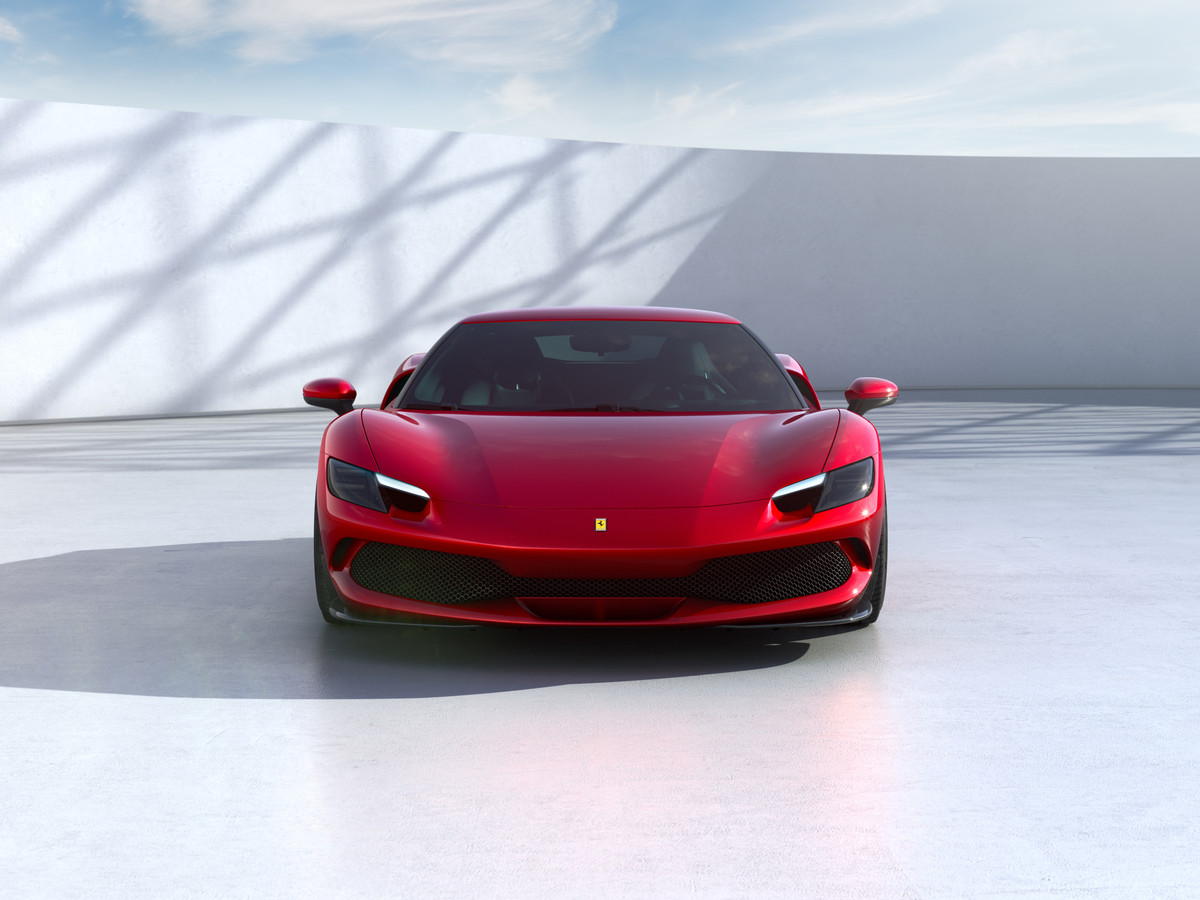 It has an 8-speed DCT and E-Diff, and the MGU-K (a dual-rotor single-stator axial flux motor) is located between the engine and the gearbox. A clutch is placed between the ICE and the electric motor to decouple them in electric-only eDrive mode (electric-only range is 25 km, with a top speed of 135 kmh before the ICE kicks in).

For all this technology, what does it sound like? A V12, naturally. The folks at Ferrari aren’t stupid. They know what we all want.

“Sound-wise, the 296 GTB rewrites the rulebook by harmoniously combining two characteristics that are normally diametrically opposed: the force of the turbos and the harmony of the high-frequency notes of a naturally aspirated V12,” Ferrari claims.

“Even at low revs, inside the cabin, the soundtrack features the pure V12 orders of harmonics which then, at higher revs, guarantee that typical high-frequency treble.

“This Ferrari’s soundtrack matches its performance.” 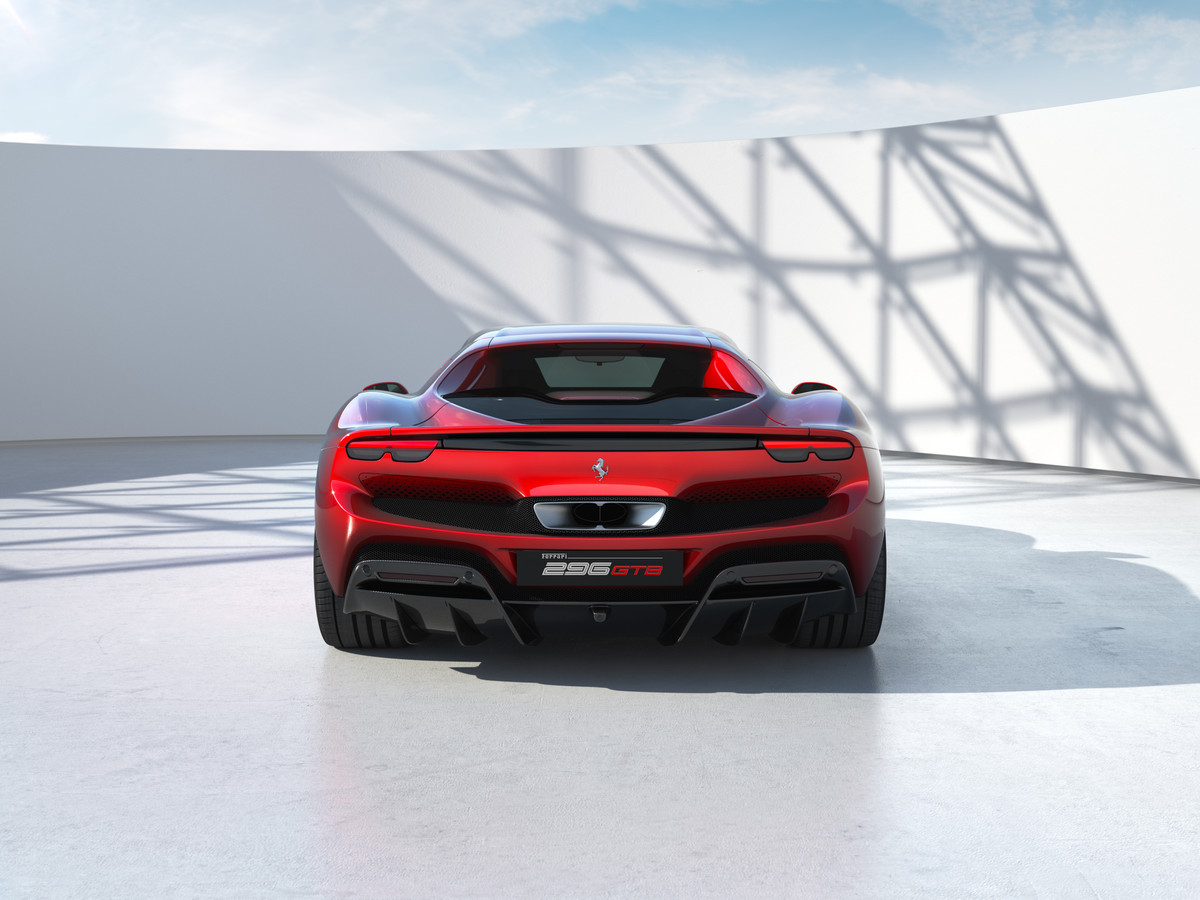 Ferrari has also paid a lot of attention to the aerodynamics. The engine has been reconfigured (from the Berlinetta, where the B in GTB comes from) so all of the components most critical to heat generation are clustered in the upper central area of the engine bay. This allows for more efficient heat management of both the engine bay itself and the electrical components.

Externally, that has resulted in (or allowed for) some really elegant bodywork design, including the front and side air intakes, and a compact hood that helps apply downward pressure to the 296 GTB on the road. (If you need it, there’s also a LaFerrari-inspired active spoiler integrated into the rear bumper, which generates a maximum of 360 kg at 250 kmh in high-downforce.)

With its short wheelbase, compact size, sleek lines, muscular rear wing, Kamm tail and design references to classic-era Ferraris, the 296 GTB has a sporty character that is going to have wide market appeal.

Inside, the cockpit is entirely digital (as it was for the SF90 Stradale). It’s sophisticated and minimalist, which reflects the simple elegance of the exterior.

The 296 GTB is already on the road in Australia, although it might be a while before many of us catch a glimpse of one, as those who ordered one are anticipating long wait times. The 296 GTB costs more than A$551,000 (plus on-road costs) and comes with a seven-year maintenance program. 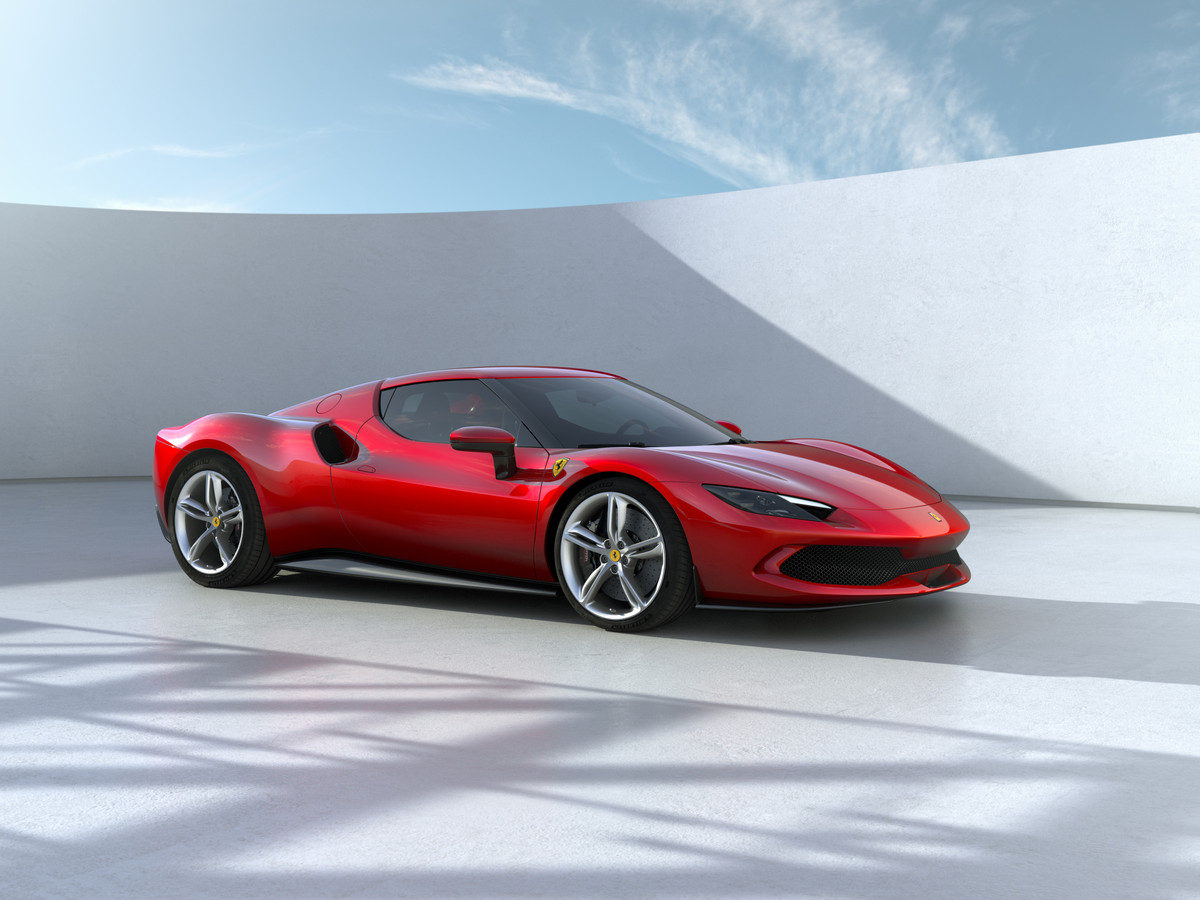 (For those who have been shouting at the page that the Dino had a V6, you are correct. But although Ferrari made the Dino, it didn’t wear the Ferrari badge. Ferrari says that means it wasn’t a Ferrari. We don’t make the rules. Deep breaths.)

The Ferrari 296 GTB might have a smaller engine than we’re used to, but it lacks nothing in power and performance. It even sounds right. The 296 GTB got the memo that you have to work with what you’ve got.

IndustryRev Heads
Back to Latest News
This article was published 16/05/2022 and the content is current as at the date of publication.