Following the abrupt shutdown of the 2020 Australian Grand Prix in Melbourne after just one day, more than two long and locked-down years slowly passed by without one of the city’s most exciting international sporting events.

Both the 2020 and 2021 Formula One seasons continued in a truncated form and produced some outstanding racing, particularly last year as the season ended with seven-time World Champion Mercedes AMG team driver Lewis Hamilton and his Red Bull Honda powered rival Max Verstappen tied on points at Abu Dhabi’s final round.

We all know the madness that followed, with Formula One’s Australian race director, Michael Masi controversially playing an integral role in how that epic title fight was decided.

Now take that season-long battle that included several major crashes, including one (at the British Grand Prix) where Verstappen’s car registered an impact of 72G and another (at the Italian Grand Prix) where Verstappen’s car drove over the top of Hamilton’s car — leaving tyre markings on the Mercedes driver’s helmet, among several other smaller skirmishes.

Then we add to this mix the completion of the fourth incredibly successful season of the Netflix “Drive to Survive” Formula One fly-on-the-wall documentary/reality TV series, which has been a global sensation, delivering millions of new fans to the sport.

So once the Australian Grand Prix returned as the third event of the 2022 World Championship, the most legendary team in the sport, Scuderia Ferrari, finally returned to race-winning competitiveness in a city with a huge first-, second- and third-generation Italian community. 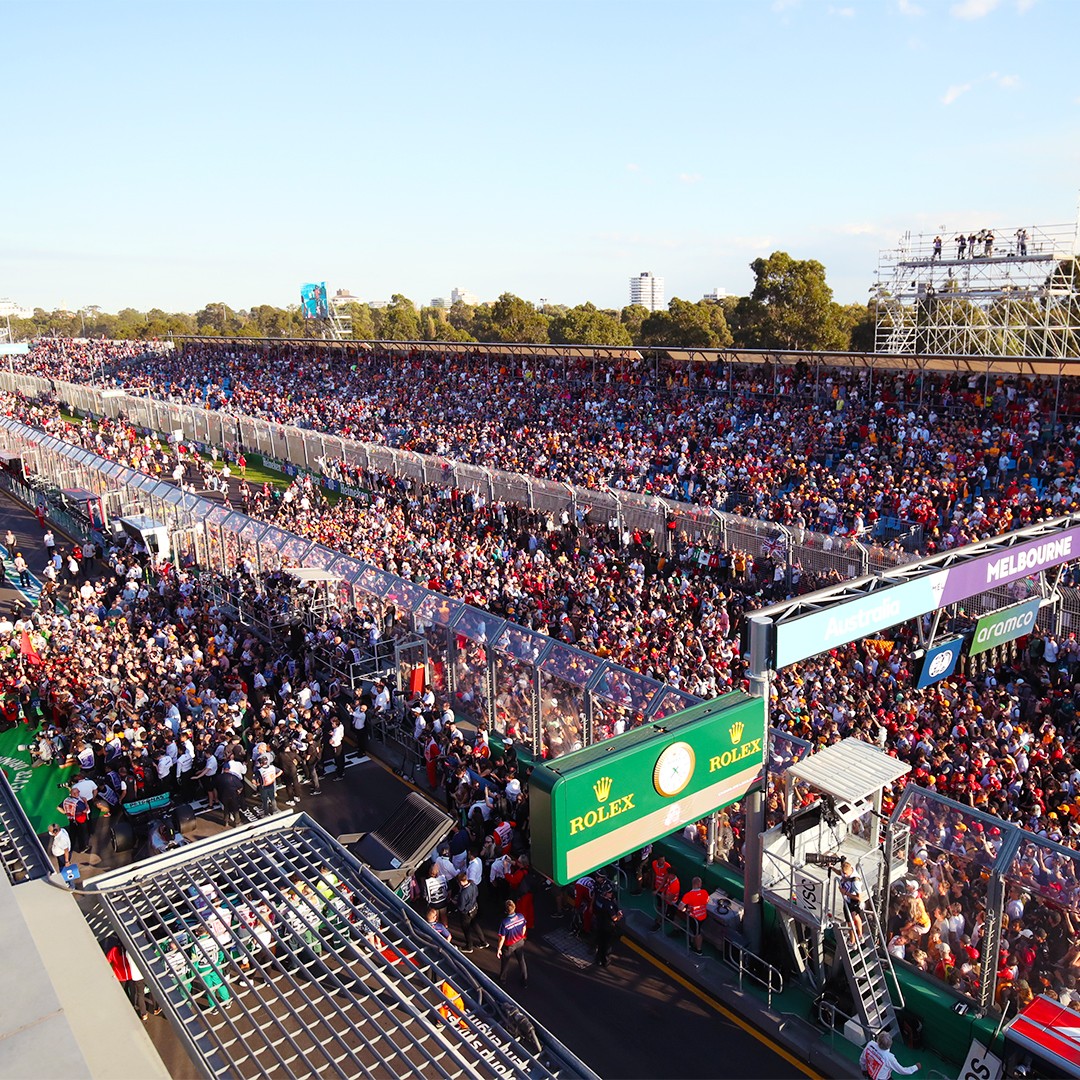 All of these factors, combined with Melburnians’ never-ending desire for major sporting events, combined to create a perfect storm for the 2022 Australian Grand Prix organisers. All Saturday and Sunday tickets to the event were sold out well ahead of the event, along with all corporate hospitality placements; this even with the addition of several new facilities for the 2022 return of this world-renowned motor racing event.

It is hard to believe that this event marked the 26th anniversary of the Australian Grand Prix in Melbourne (albeit with 24 races held) and the two-year wait brought the fans out in droves. The numbers were truly remarkable, with 55,107 spectators present on Thursday (with no Formula One cars on the track), 112,446 on Friday and a staggering 123,247 on Saturday. Sunday’s race day crowd totalled 128,294 fans, making a total of 419,114 for the event. This easily eclipsed the previous record set back at the very first Melbourne Formula One event held in 1996 that saw 401,000 racing fans make their way to the Albert Park Street Circuit.

Making the 2022 Australian Grand Prix even more incredible was the vastly improved form of the Scuderia Ferrari team, which saw the sport’s first and only Monaco born and bred driver, Charles Leclerc, race to a dominant victory. This sent the many thousands of passionate Ferrari fans at the event into a red frenzy along with many millions of “Tifosi” all over the world.

For Australia, a welcome return to top six form for Western Aussie McLaren team driver Daniel Riccardo capped off a truly remarkable and memorable event, one that all Australians should be very proud of.

The success of the 2022 Australian Grand Prix was also proof that the absence of this and other major sporting events had a major impact during the pandemic-induced lockdowns, ensuring that these events will not be taken for granted in the future.

IndustryRev Heads
Back to Latest News
This article was published 23/06/2022 and the content is current as at the date of publication.